The hill was re-opened with a modern quad chairlift, J-bar, and T-bar by the North Bay Mattawa Conservation Authority for the 1998-1999 season under the name Jack Pine Hill. In 2003, management of the hill was turned over to the Laurentian Ski Hill Snowboarding Club, and the club was given its current name.

Today, the club continues to be operated as a non-profit organization and managed by a board of directors. Ten trails are part of the network and three lifts including a quad chair transport skiers to the top of the mountain. With a vertical drop of 350 feet, the mountain offers beautiful runs and exceptional views of the City of North Bay, Lake Nipissing and Trout Lake. Laurentian Ski Hill now offers a dedicated terrain park with its own T-Bar lift.

Laurentian Ski Hill is conveniently located just minutes from downtown North Bay. Parking is available at the top and at the bottom of the hill, with the bottom providing convenient access to the main chair. Lessons are offered in a variety of programs to skiers of all ages. 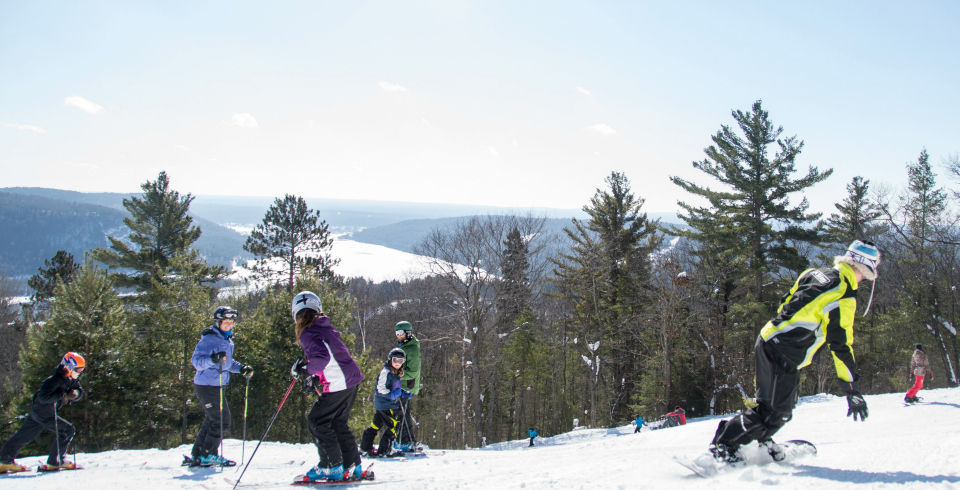 In 2003, Antoine Mountain was purchased by a private group of investors, with a goal of re-opening the ski centre. They accomplished their dream in the winter of 2015. Since then, new amenities, including a 7500 square feet chalet and a new quad lift, have been built. The top of Antoine Mountain has also been redesigned to provide spectacular views and easier access to the slopes. Antoine Mountain offers 15 spectacular runs with amazing views of the Ottawa River and surrounding mountains. Through its ski school, the centre offers ski and snowboarding lessons.

In 1960, Mike Koshilka, a local ski enthusiast, started the St-Bernard Ski Club in the unorganized township of Lorrain Valley in the Temiskaming region. At that time, a poma lift transported skiers to the top of the mountain. After several years, the club changed its name to the Tri-Town Ski Club, and more recently the Tri-Town Ski & Snowboard Village. Over the years, several volunteers and families took turns providing an alpine ski centre to the region. Today, with the support of the community and an active Board of Directors and volunteers, the club continues its operations and the old poma lift has been replaced by a T-bar for easy access of the mountain. In 2019 the club received funding to build a new chalet. Beginner, intermediate, and advanced skiers will find runs to suit their tastes. A ski school offers alpine and snowboarding lessons, and a rope tow has been added to facilitate the beginner hill. You can also enjoy tubing at the hill. 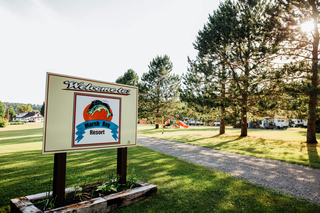 937740 Marsh Bay Road, RR1, Cobalt, ON  P0J 1C0
We are located less than 10 minutes from the beautiful Temiskaming Nordic Ski Club. Spend the day on the ski trails and return to the resort to relax in the sauna. 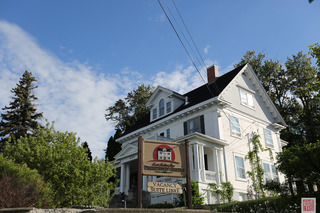 P.O. Box 1380 620 Lakeshore, Haileybury, Ontario  P0J1K0
The Presidents’ Suites is the ideal skiing destination for couples, families and groups. Our historical homes offer luxurious accommodations, large kitchens, dining and living rooms, exterior spas, ample parking, areas to dry your clothes, and we not far from the…

Box 218, Haileybury, Ontario  P0J1K0
Come and stay with us and use the tri-town ski village for downhill and snowboards and the nordic ski village for cross country skiing. beautiful in the snow. 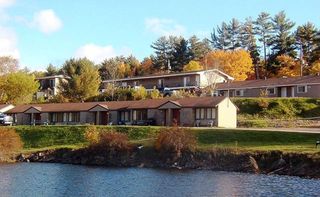 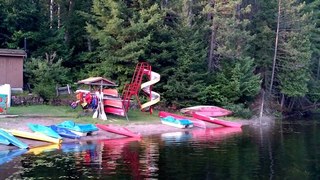 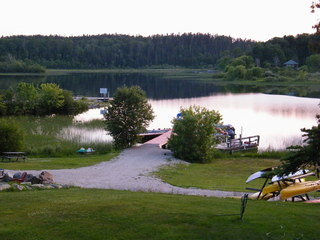 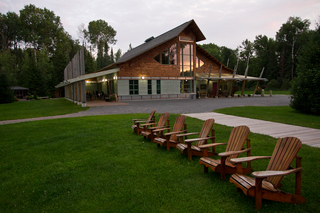 594 Georgina Avenue, Elk Lake, Ontario  P0J 1K0
We are a non profit business, that focuses mainly on hospitality and tourism. We offer a restaurant open from 11-7 every day, we are known for holding special events such as weddings, conferences and retreats. If you are needing accommodations for work or business… 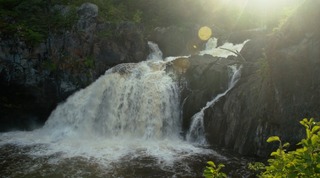 2-4 Highway 11 South, Englehart, ON  P0J 1H0
Just a few kilometres south of Englehart runs a beautiful rapid flow through a beautiful forest. This Provincial Park is a perfect location to spend a few days camping with friends and family. The walking and hiking trails are tranquil and surrounded with beautiful… 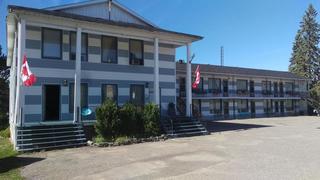 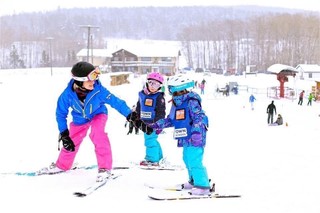 P.O.Box 1598 New Liskeard, Lorrain Valley, Ontario  P0J 1P0
The Tri Town Ski & Snowboard Village has been a vibrant part of our community for over 60 years. It originated in the 1960’s and has been a landmark in Temiskaming ever since. Our not for profit club is run by a volunteer board of directors and a dedicated group of…