Canoeing and Kayaking in the Lake Temiskaming Region

Lake Temiskaming is a paradise for watersport enthusiasts. Its size is impressive, as it is 110 kilometers long. However, there is so much more to the Temiskaming region than the beautiful lake.

The Lake Temiskaming Tour region boasts world-renowned canoeing and kayaking destinations. The legendary Grey Owl, the Group of Seven, Father Charles Alfred Paradis, and many more have been inspired by the magnificent forests, lakes, and rivers of this area, as well as by the rich history of its Aboriginal communities. 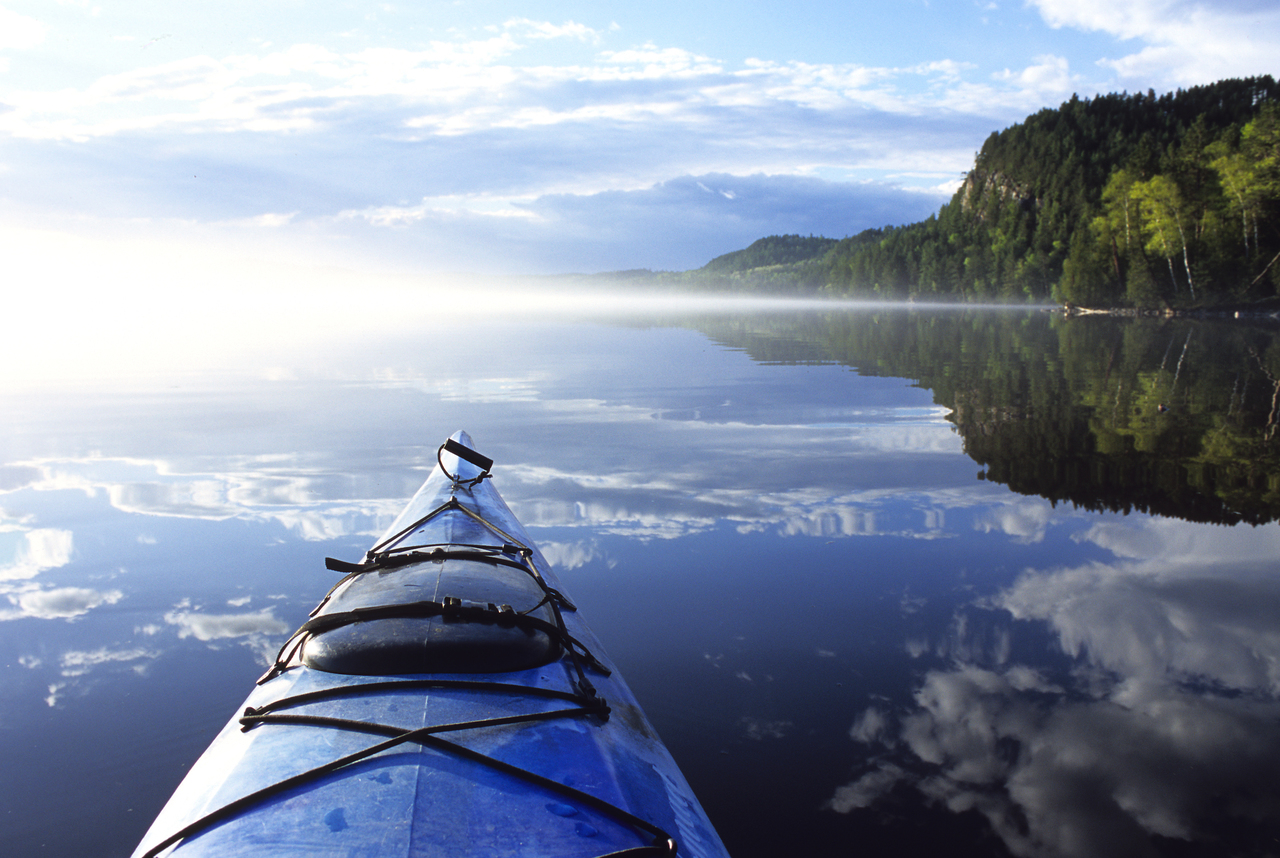 The other lakes in the region: Kipawa, Temagami, Nipissing, des Quinze and Simard are genuine inland waterways that offer endless paddling adventures!

Temagami is world-renowned for its canoeing routes. With over 2,400 kilometers of canoe routes and 4,700 kilometers of shore, there are myriad possible routes. Every canoe and kayak enthusiast will find something that suits his or her fancy. Hundreds of camping sites are also available, and are clearly identified on the maps of the lakes.

Ontario Parks manages the Lady Evelyn-Smoothwater Provincial Park and the Obabika River Provincial Park, which comprise a large part of the territory. In order to plan and fully enjoy your trip to this region, contact one of the outfitters such as Temagami Outfitters, which has existed since 1926 and is located in the heart of Temagami. This region also has two of the highest points in Ontario, which inevitably attract many hikers. The Ishpatina Ridge, which is accessible only by water, is the highest point in Ontario, with a peak rising to 693 meters above sea level. Maple Mountain – the sixth highest point in the province – is also located in Temagami.

In 1904, Father Charles Alfred Paradis, a colonizing priest, was one of the first white men to operate a tourism business on Lake Temagami. He followed in the footsteps of the First Nations people, who had settled there thousands of years ago. In fact, the name Temagami means “deep water near the shore” in the Algonquin language. The lake has a length of over 50 kilometers from north to south and is 35 kilometers wide. The lake has 1,259 islands, including Bear Island, which an area of just fewer than 3 square kilometers, and is home to the Temagami First Nation. Lake Temagami is one of the few places with an ancient growth forest still intact. 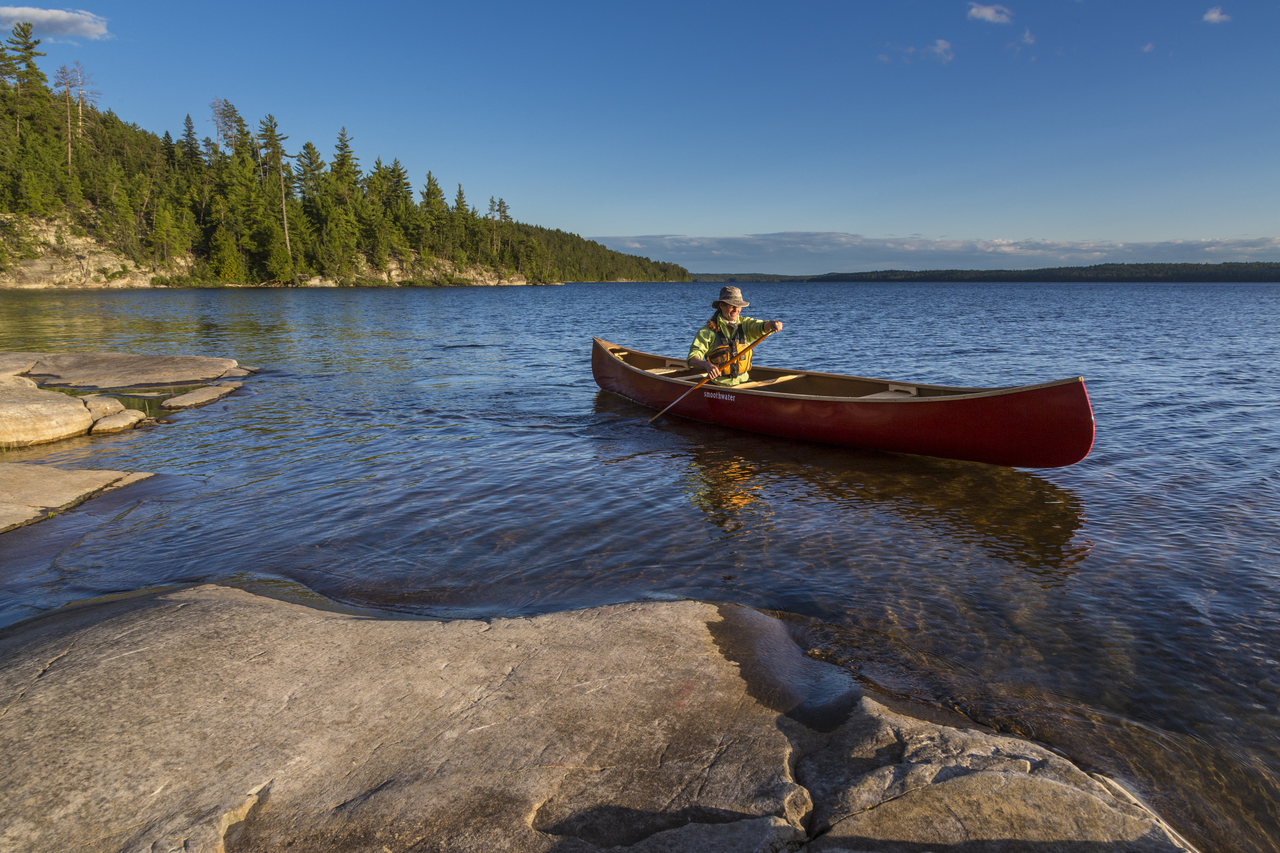 Temagami is probably better known worldwide as a conservation area thanks to the work undertaken by Archie Belany, a famous Briton known as Grey Owl. He came to the area in 1906, when he was 17, to achieve his dream of living among the Indians. His love for Gertrude Bernard (Anahareo), a young Iroquois woman, inspired him to devote his life to the preservation of the environment.

Since the 1900s, the Temagami region has offered summer canoe camps for youth, who come from all around the world. Today, six camps offer programs ranging from one to six weeks. Thanks to these camps, more than 400 young people per week have the opportunity to discover this majestic waterway system and explore the regions of North-eastern Ontario and North-western Quebec. 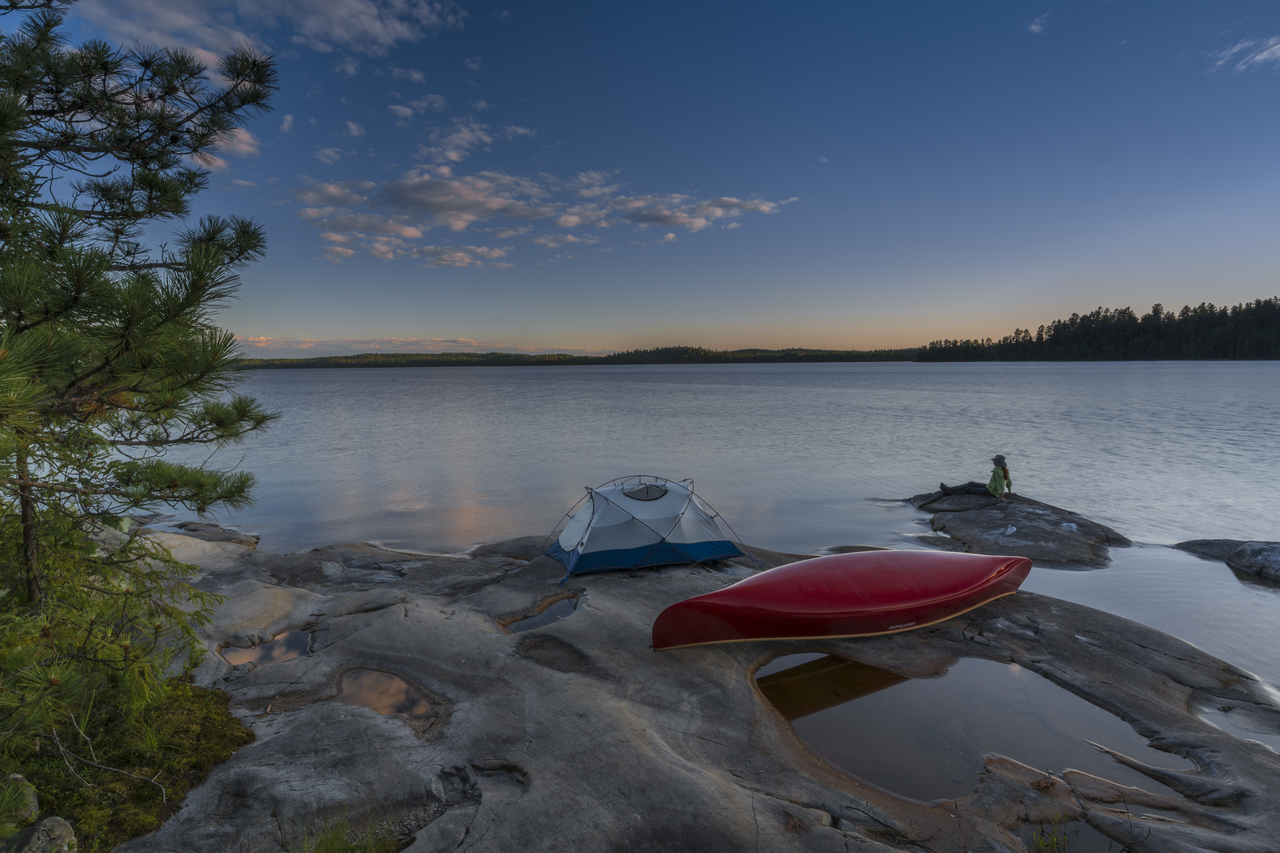 The Temagami Canoe Festival is a three-day event, which takes place in mid-July. The festival promotes sports, music, and culture. Canoe enthusiasts will relish the canoe demonstrations, courses, and workshops on the history and fabrication of canoes.

Kipawa Lake in Quebec, with an area of 2,500 square kilometers, is Lake Temagami's twin brother, due not only to its irregular shape, deep water bays, and islands, but also due to the legal battles fought by many celebrities to protect its environment. Margaret Atwood, the famous Canadian writer, spent many years of her childhood on Lake Kipawa while her father was researching insects in the area. She still has a cottage on one of its islands. 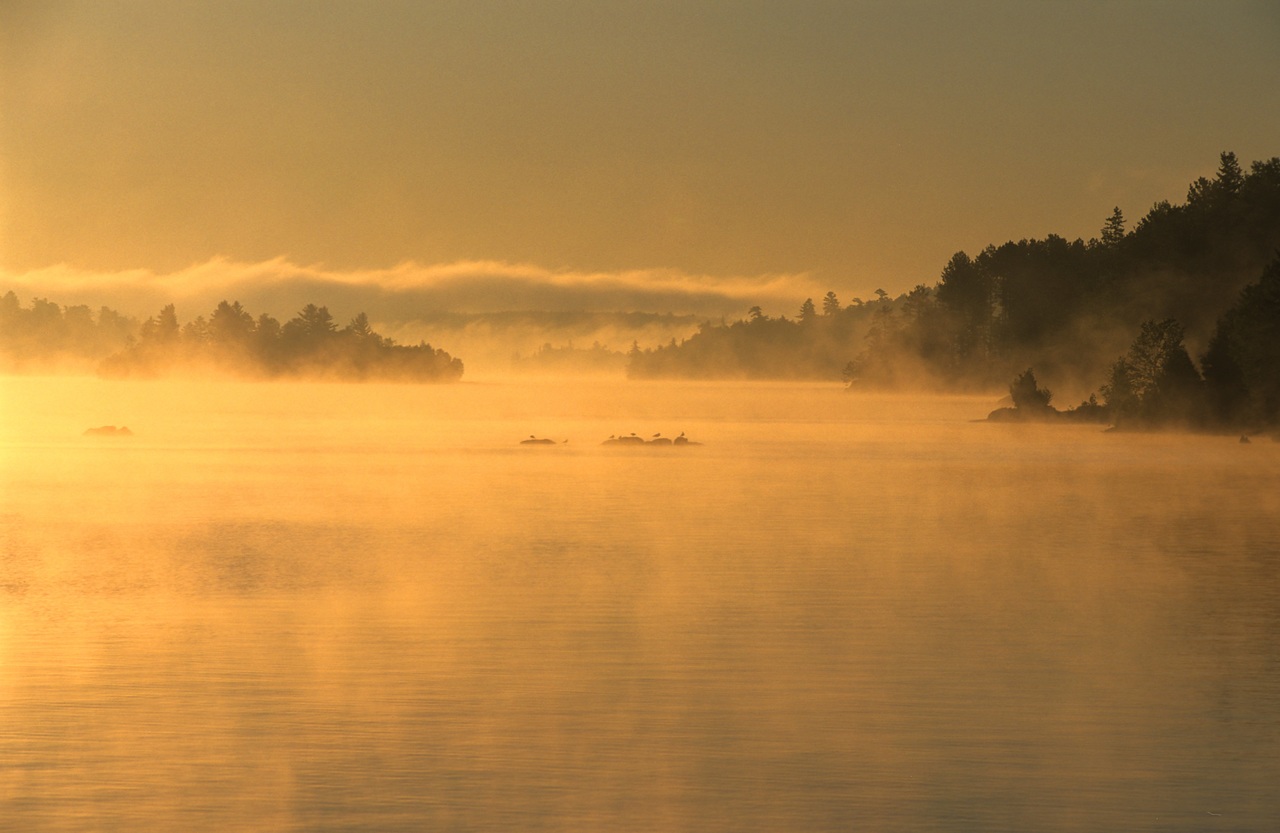 For over twenty years, Zec Kipawa has managed a territory of 2,500 square kilometers. It offers six canoe loops for novices and advanced paddlers. If you wish to discover this region, you can also visit the Algonquin Canoe Company (located on Long Sault Island in Thorne), which is a business specializing in outdoor tourism. You can rent equipment, cottages, or even book a guide for your canoe trips on Lake Kipawa, Lake Temiskaming, the Ottawa River or the Dumoine River. 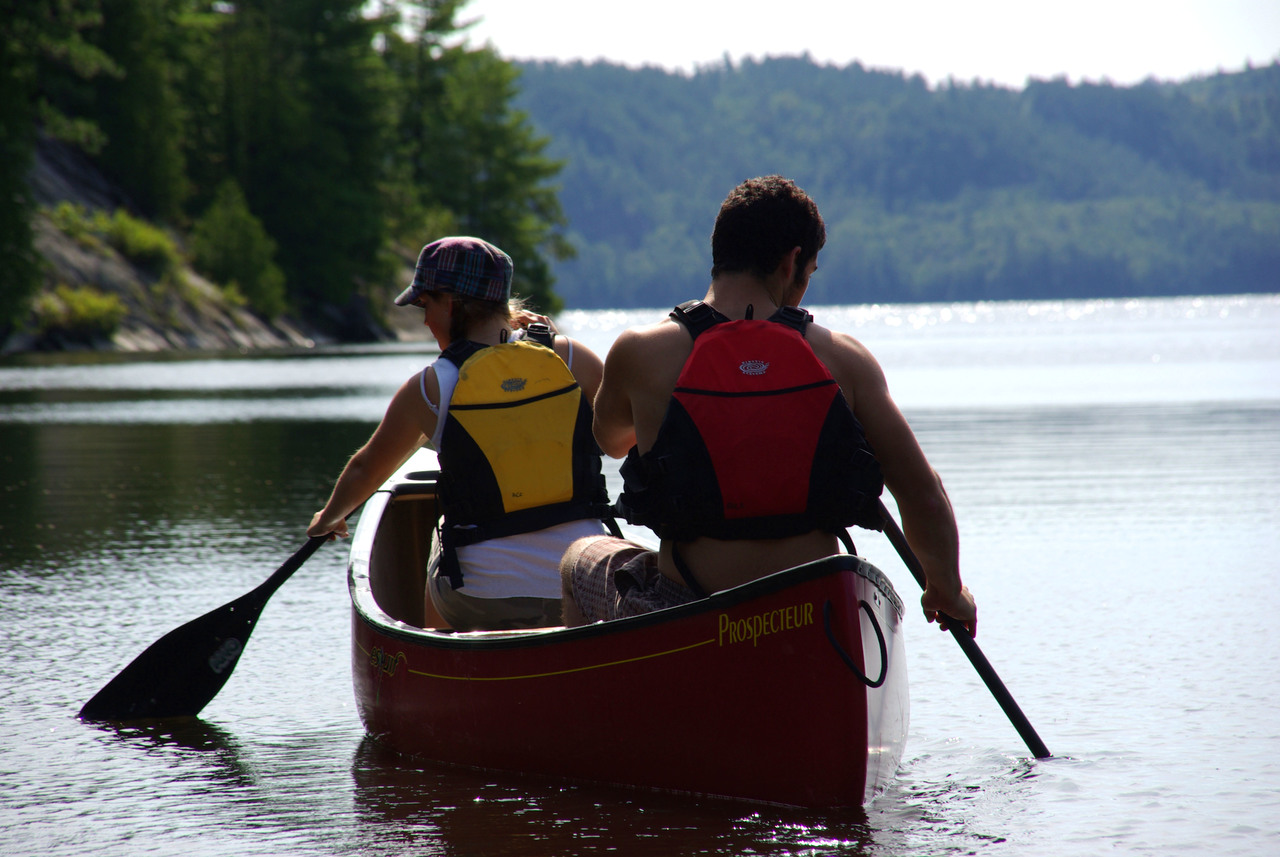 The Kipawa River springs from Kipawa Bay on Lake Dumoine and flows into Lake Temiskaming. At 160 kiloneters long, with 16 rapids on its course, the Canoe & Kayak Magazine ranked the Kipawa among the best white water rivers in North America. During the 1920s, films including Snow Bride and Silent Enemy were shot on the shores of the Kipawa River. In the 1950s, Bob Topping, former owner of the New York Yankees baseball club, and Lana Turner, famous Hollywood actress, welcomed several American stars such as Kirk Douglas, John Wayne, and Rita Hayworth into their home, which was at the foot of the last rapid. Due to this, one of the rapids is named Hollywood. 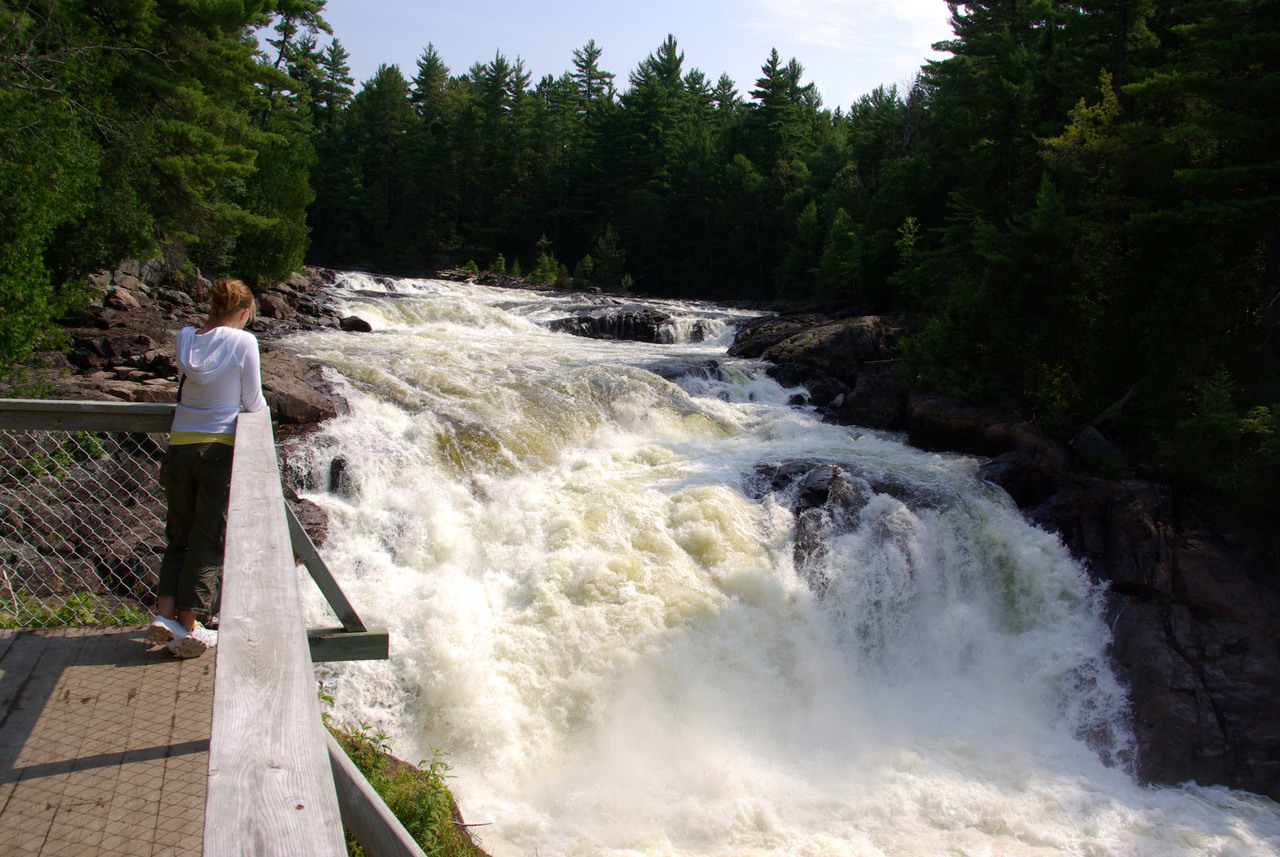 Once a year, after the Saint-Jean Baptiste holiday in late June, canoe, kayak and rafting enthusiasts gather to celebrate the Kipawa River and ensure its protection. The one-day excursion, which covers a distance of 16 kilometers from Lake Kipawa to Lake Temiskaming, includes 18 rapids and a 30-meter waterfall. The Kipawa is considered one of the best white-water rivers in Canada, so be prepared to live an adventure. In the evening, gather with the participants around a campfire for fresh fried fish. In 2016, the festival will celebrate its 30th anniversary. 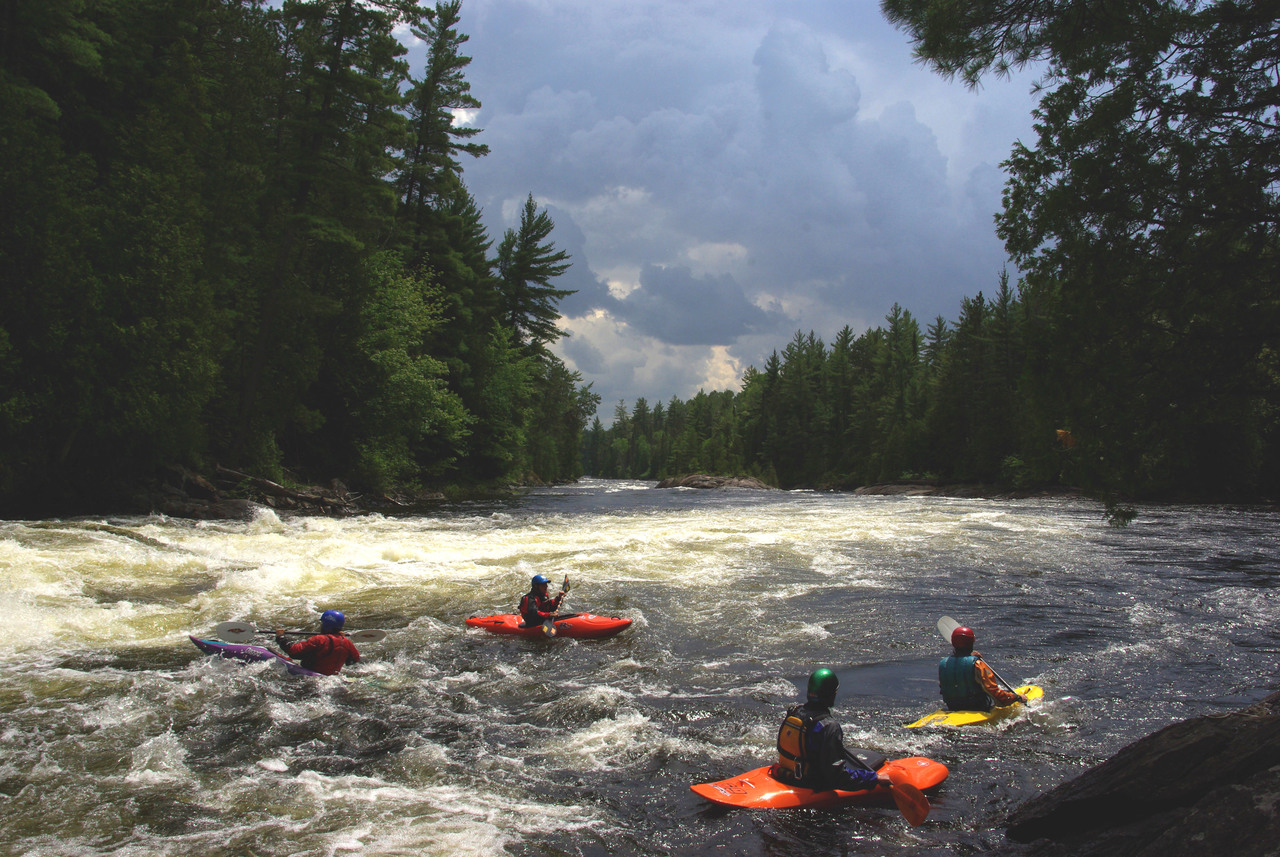 Mattawa used to be a crossroad for explorers and travelers. Samuel de Champlain, en route to Huronia in July 1615, dubbed it "the little river,” but its real meaning is “where the rivers meet.” The Samuel de Champlain Provincial Park is a memento of the father of New France, and also of the thousands of voyageurs who passed through the region and were impressed by its beauty.

From the community of Mattawa, it is possible to navigate over 100 kilometers without portaging, which is a true delight for sea kayak enthusiasts. For those who are not afraid of portages, the Mattawa River from North Bay offers a 64-kilometer-long descent with nine portages. For over 35 years, the North Bay-Mattawa Conservation Authority has been organizing a canoe race during the Voyageur Day Festival in late June. The celebration takes place in Mattawa. A family-friendly version of this race is available departing from the Samuel de Champlain Provincial Park and spanning 13 kilometers. 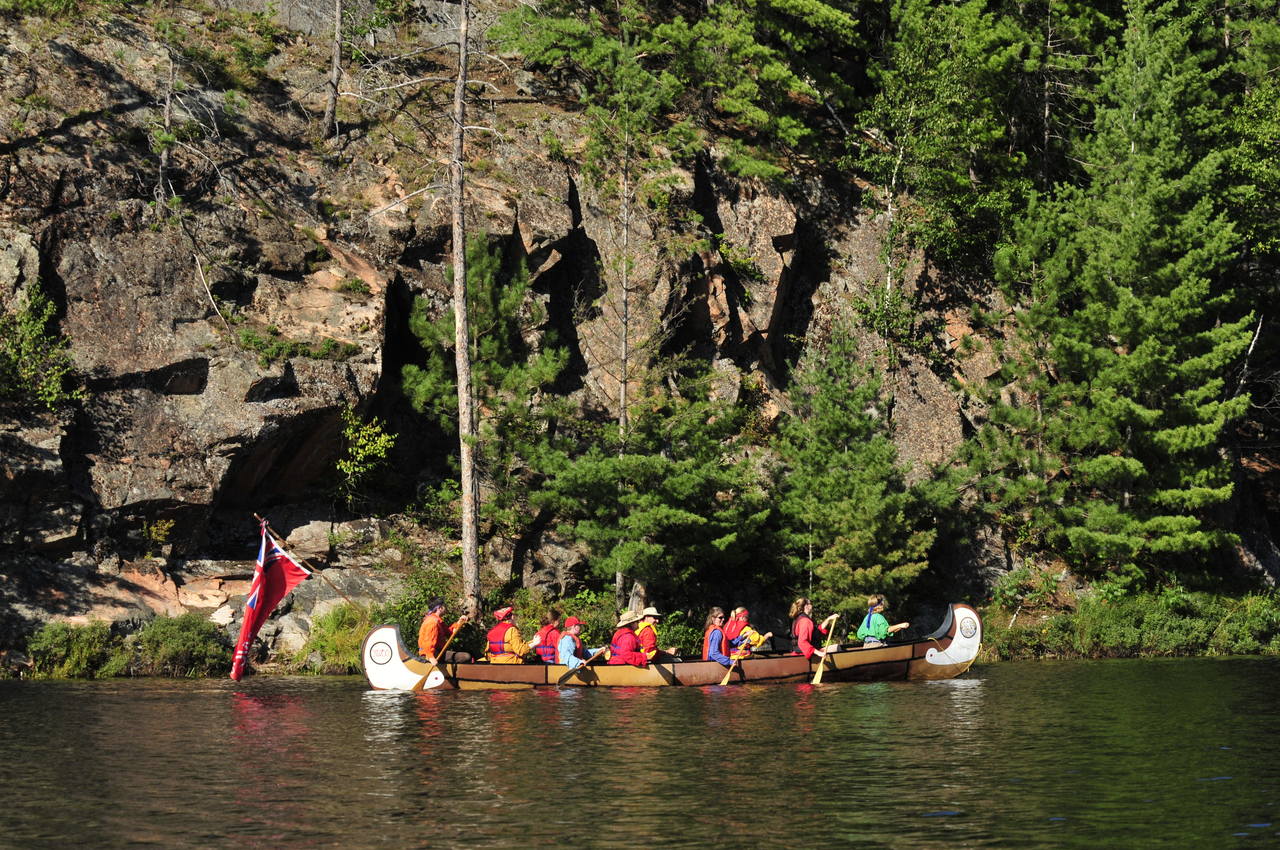 In the area north of Lake Temiskaming, the Obikoba Adventures Company, located in the village of Rémigny, offers sea-kayaking trips on the large network of twenty lakes. It is possible to rent single and tandem sea kayaks, nautical equipment, camping sites, and even four season shelters for those who want to live a little more comfortably during their excursions. One of their best-known circuits is the Tour de l'Ile rémignoise, a three to four day excursion. 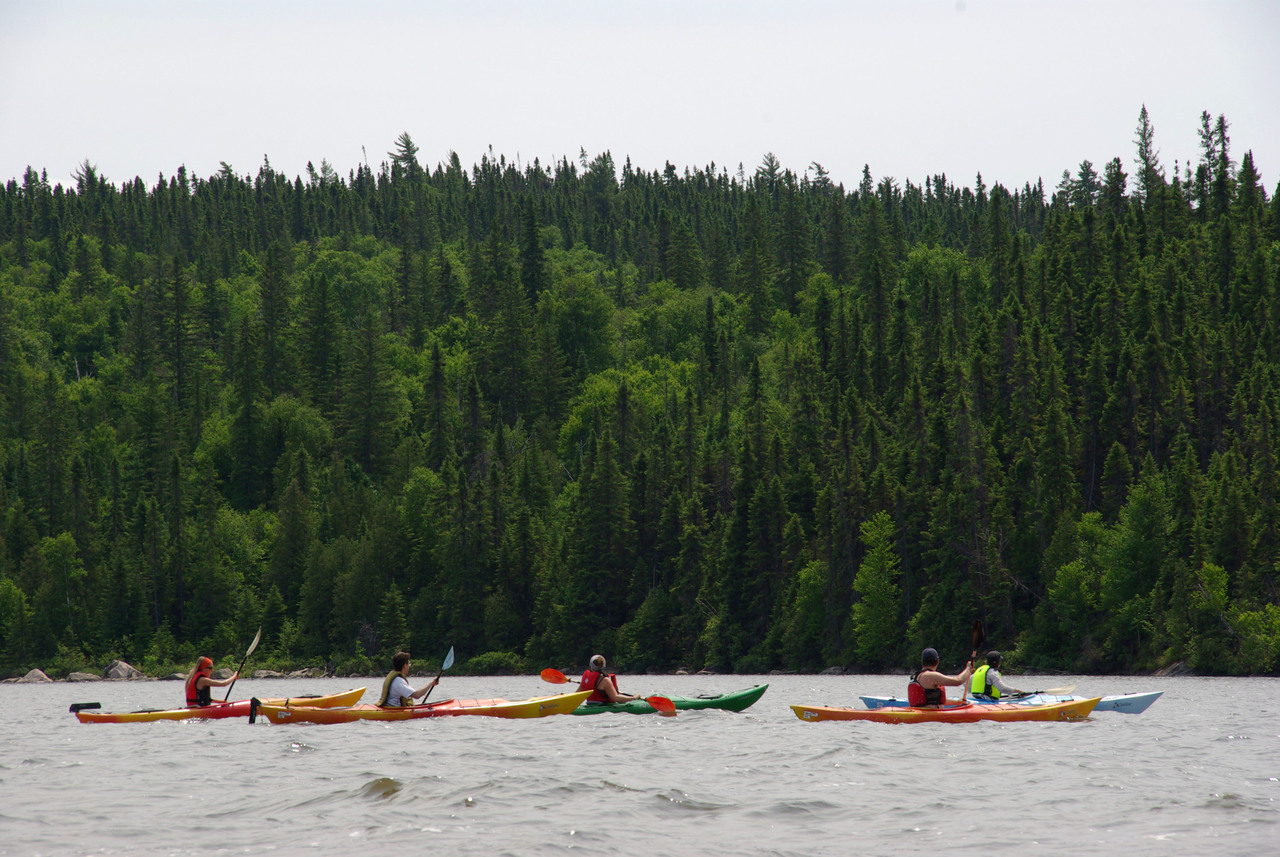 It's possible to navigate Lake Temiskaming by canoe or kayak, but it's important to stay close to the shore as the wind can rise quickly and waves can reach more than a metre in height. Haileybury and Ville-Marie are well-positioned to replenish your supplies during your excursion. A stop at the Historic Site of Fort Témiscamingue near Ville Marie is a must. If you wish to spoil yourself a bit, you can also climb the steps to ‘La Bannik', a restaurant located at the top of the cliff beside the fort. 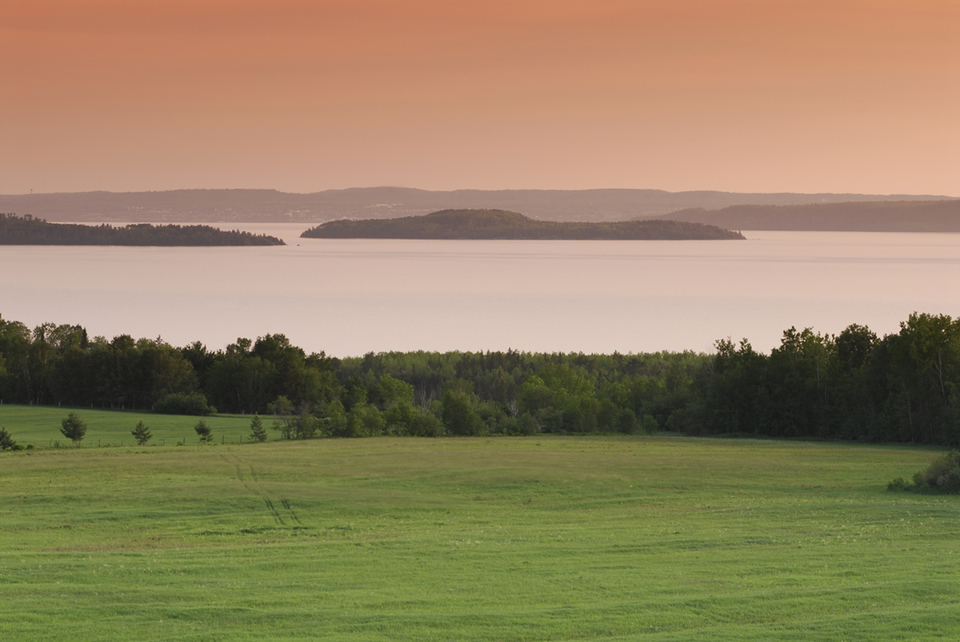