Art and Culture on the Lake Temiskaming Tour

The water has always been a muse for artists, and Lake Temiskaming’s beautiful landscapes prove it. Each of the region’s artists has, at one time or another, been inspired by the beauty of the lake to give life to their creations. 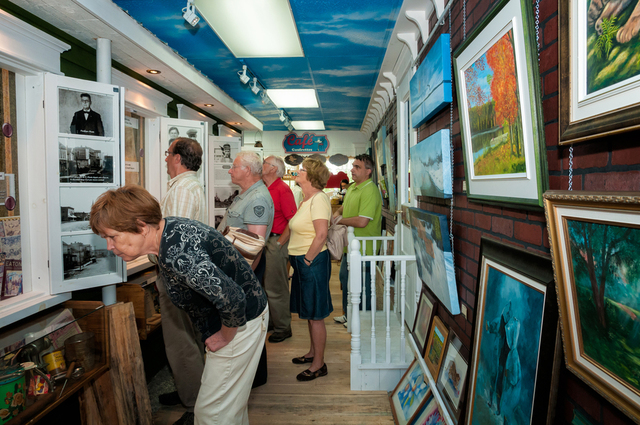 In the Temagami region, Hugh McKenzie, artist and Temagami First Nation Bear Island healer, is known for his artwork, which illustrates his Ojibway ancestors’ culture and way of life. Since his youth, Mr. McKenzie has taught his people about important values.

Benjamin Chee Chee is another Ojibway artist born in Temagami. After a tumultuous and unstable childhood, Chee Chee moved to Montreal. Here, he discovered his passion and talent for art. Graceful lines and minimalist colours distinguish his unique style. He often paints birds and other animals; his pieces portray great emotion and movement.

Despite its small size and population, Temiskaming Shores is a region in which art is prominent: there are five art stores as well as two galleries.

The community’s rich history is depicted through a few bronze structures. Ernie Fauvelle, a Temiskaming Shores native, is one of these artists whose works immortalize history. Among others: Rose-Aimée Belanger, born in the Témicamingue area of Quebec, also left her mark on the community through her artwork. Her sculptures are inspired by people whose paths she’s crossed in her lifetime. Mme Belanger is recognized internationally for her many sculptures: Mme Bélanger’s daughters have followed in their mother’s footsteps. They’ve painted vibrant murals of local events and scenes on the outside walls of buildings and schools.

The first Village Noël Temiskaming took place in November 2014. The event was an exceptional success and will definitely continue for years to come. In 2015, the Village was equally memorable. It’s co-organised by the Centre Culturel ARTEM and the City of Temiskaming Shores. For the weekend, the streets of downtown New Liskeard are adapted to look like New France. There are wooden kiosks, where artisan goods, traditional foods, and other local products are sold. Artists come from Temiskaming, Northern Ontario, and Abitibi-Témiscamingue to offer their unique, high-quality creations. The weekend’s schedule revolves around the local farmer’s market as well as a craft exhibition. The products sold highlight the region’s medley of Aboriginal, Francophone, and Anglophone culture. There are outdoor fires, performances, street comedians and other impressive acts. The Village Noël Temiskaming is truly a fun-filled weekend not to be missed.

Le Rift is at the heart of Ville-Marie’s rich culture. Throughout the year, movies, art exhibits, and a variety of shows are presented. Le Rift also hosts the “Biennale Internationale d’art miniature," an exhibit that features miniature art pieces: all of the creations are smaller than 7.5 cm by 10 cm. Artists come from all around the area, province, and world to participate. 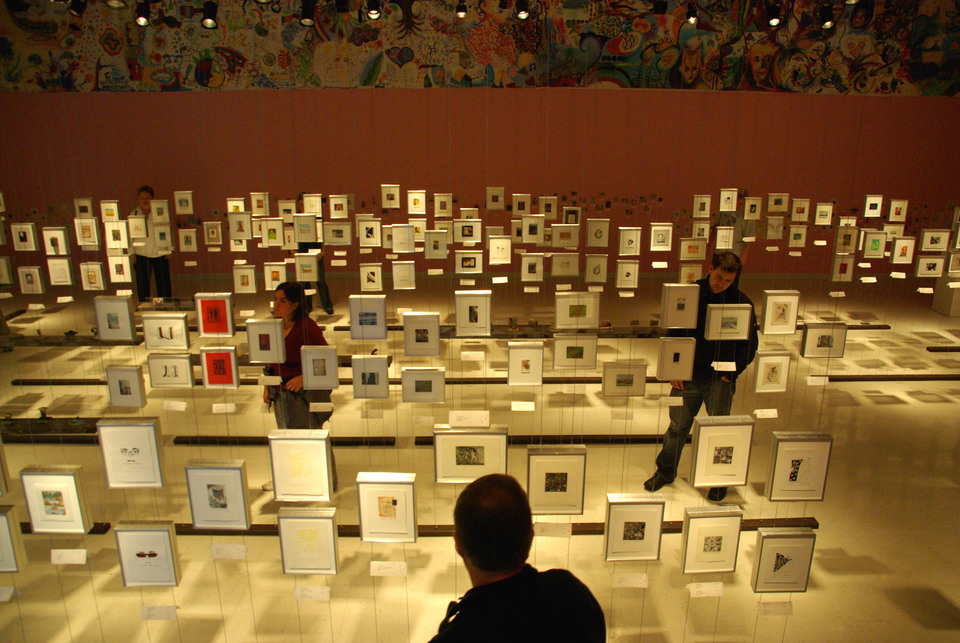 This all-in-one shop, which was built in 1899, offers arts and crafts supplies, a sidewalk cafe, as well as an art gallery in the basement. In its windows are old, nostalgia-inducing photos of the village. Amateur and professional artists alike have the chance to exhibit their works here. Every two months, there is a new art exhibit.

The City of Temiscaming

The city of Temiscaming used to be named « Long Sault », after the Ottawa river’s rapids. The city was originally built in a “garden city" model (to encourage workers to start a family), but the Riordon Pulp and Paper company truly founded the city in 1918. Throughout the city, Anglo-Saxon architecture, flowerbeds, and beautiful artwork are signs of European influence. C.B. Thorne, Témiscamingue factory owner and sponsor, imported many of the town’s beautiful Italian works of art. Among others, there’s a Venetian well and fountain downtown, a bronze David in front of City Hall, and a painting of the Sainte-Famille at the Sainte-Thérèse church. These are a few of the many beautiful tourists attractions in this picturesque mountainside town. 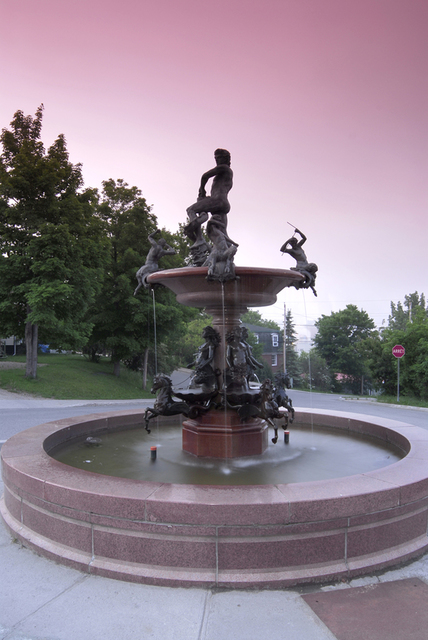 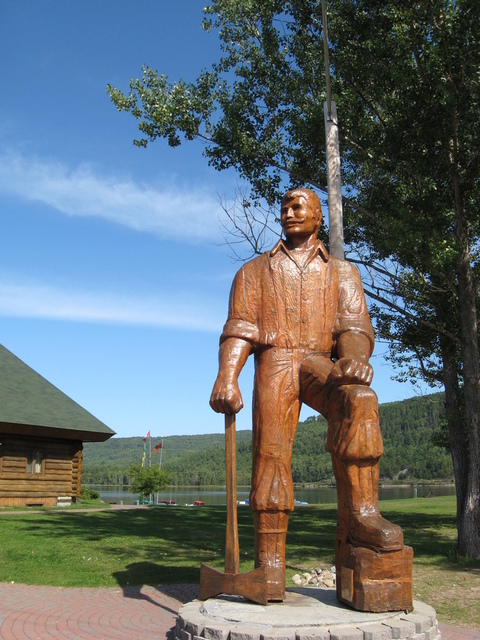 The Voyageur Statues of Mattawa

Mattawa and its Art Scene

If there was ever a city where art takes up space, that city is Mattawa. Its large Voyageur statues tell the history of these explorers. They’re not only historic, but are also incredible, imposing, detailed works of art. Many local artists, including Peter Ciafriani, Gary Johnston, and Clermont Duval contributed to these statues. They’re made of high-quality pine from the Tembec mill in Témiscaming. Next to each of them, there is a plaque dedicated to its creator with a description of the historic explorer that the statue embodies. A guidebook allows guests to take a visit through the town. This wonderful idea was made a reality, thanks to volunteers and to the financial contributions of many local organizations.

Clermont Duval is not only an art gallery, but also a publishing house. Clermont Duval, Northern-Ontario-born artist and author, exposes his original works of art and literature. His creations are fascinating, intriguing, unique, and sometimes even hypnotizing. This gem is definitely worth the detour! 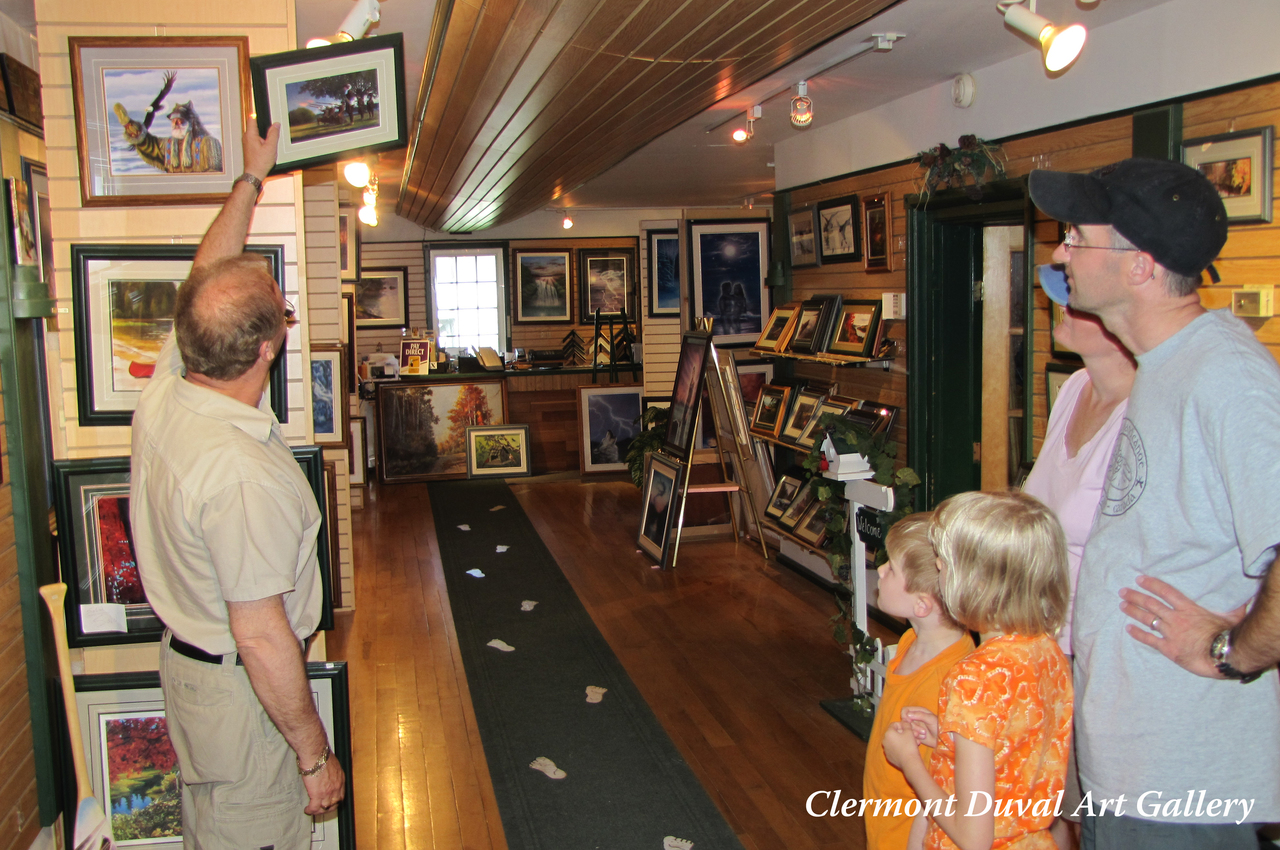 In North Bay alone there are 12 art galleries, most of which are found downtown, on Main street. The Art on Main gallery is renowned for its expositions of not only known artists, but local up-and-coming artists as well. This is the perfect spot for artists to create a network of communication and support. The gallery holds art expositions and monthly activities for the pleasure of amateurs and professionals alike.

The history of North Bay’s Capitol Theatre goes back all the way to 1927, when a Sturgeon Falls businessman bought a building and sold it to the Famous Players theatre company. The building, with 1,455 seats, was known as a "palace of splendour" due to its decor and Spanish lights. 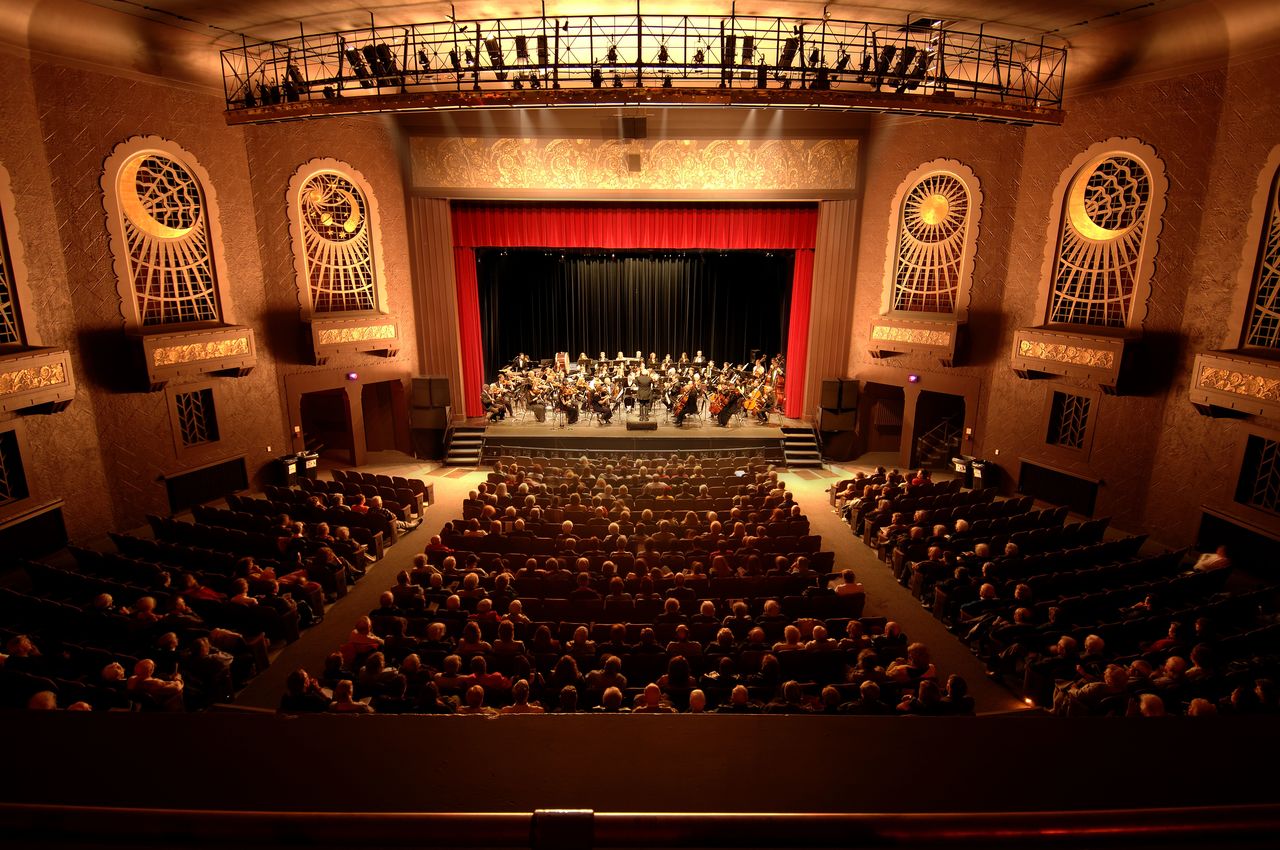 In March of 1931, Roy Thomson (Lord Thomson of Fleet), founded his radio station, CFCH, to provide his clients with more options. The famous Dionne quintuplets used to visit the palace on Friday nights as well. During the 1980’s, cinemas experienced a drop in popularity, thus threatening their future. The Theatre and Arts Community Centre from North Bay, looking for a space to present theatre productions, underwent a project to save the Capitol. With the direction of Mrs. Betty Speers, the Lady of the Arts, the project was a success in December 1985 and TACC acquired the Famous Players theatre. Over the course of the next two years, the Capitol undertook a major transformation. 400 seats were destroyed to make room for a reception hall and for the WKP Kennedy Gallery. The official opening was on April 2nd, 1987, with none other than the great Maureen Forester, the a cappella group The Nylons, and Don Harron (in his famous role of Charlie Farquharson) as invites.

In 1997, the Theatre and Arts Community Centre changed its name to Capitol Centre. Since then, the centre has continued to offer quality art expositions and shows for the community. Its origins are visible in the entryway, due to the Spanish patterns on the walls and the chandeliers above the stairs to the balcony. Since its opening, the Capitol has welcomed big names, such as Johnny Cash, Phyllis Diller, Brenda Lee, Roy Orbison, and Jack Klugman as well as representations by the symphonic orchestra of Toronto, Broadway shows, and international productions. The WKP Kennedy gallery is without a doubt the ideal spot for local and international visual arts. 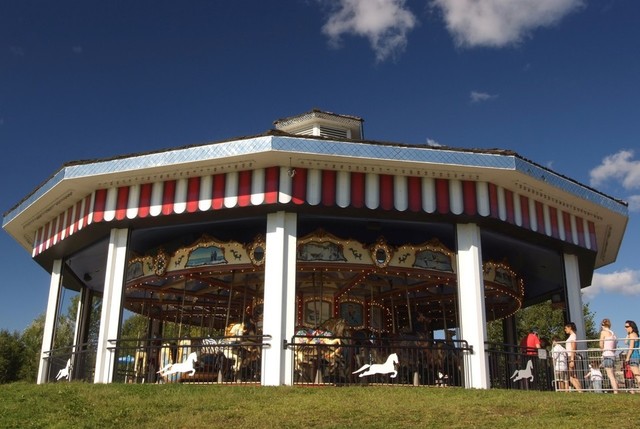 Another display of North Bay’s passion for the arts is the carousel and miniature train, Heritage Railway and Carousel Company, in the Memorial Park, next to Lake Nipissing. The major parts of the carousel are hand-sculpted and painted. Many of its pieces represent animals from Northern Ontario. The Heritage Railway is a miniature reproduction of the first train to come to North Bay. Tourists are welcome to hop aboard! 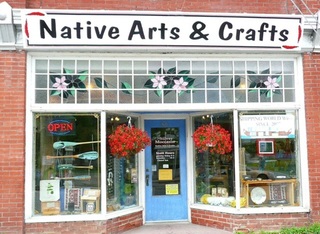 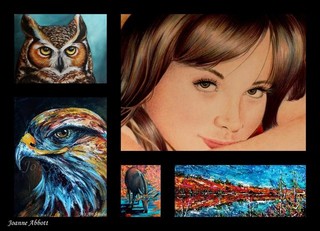 Box 1134, Témiscaming, Quebec  J0Z 3R0
Joanne Abbott is a Canadian artist who works from her home studio in the town of Temiscaming , Quebec providing the following services: original artwork for sale, commissioned art work including graphite and color pencil portraits, custom paintings for home decor and…

20, rue Humphrey, Témiscaming, Québec  J0Z 3R0
Majestically overlooking the Ottawa River and Lake Timiskaming, the City of Temiscaming is one of only three planned cities in Quebec. A true garden city, the city boasts English-style architecture and breathtaking landscapes due to its mountainside setting. 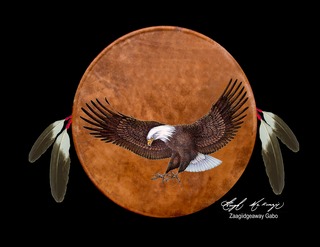 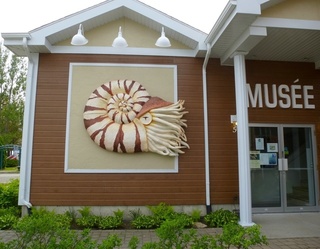 5, rue Principale Sud, Notre-Dame-du-Nord, Québec  J0Z 3B0
At the Fossilarium museum, you'll discover the fascinating world of fossils. We have giant fossil replicas as well as video animations. We also offer guided tours and souvenirs. 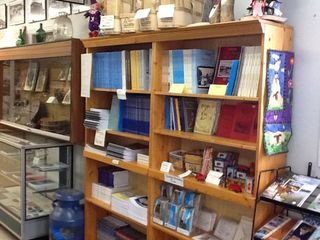 Box 1718, New Liskeard, Ontario  P0J 1P0
The Little Claybelt Homesteaders Museum offers unique insights into the history of the region reflecting all aspects of life of our pioneers. Exhibits are changed periodically to reflect what we know of pioneer life in our area from the 1880s through 1950s. Displays… 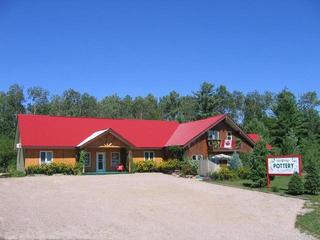 370 Hwy 630, Mattawa, ON  P0H 1V0
We produce functional unnique pottery pots, bowls, mugs, canoe dip pots and more... We want people to enjoy them for their utilitarian qualities as well as their decorative appeal. 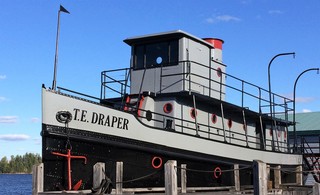 14, Baie Miller CP 82, Angliers, Québec  J0Z1A0
The tugboat T.E. Draper and The Chantier Gédéon will make you relive the history of wood floating and life in the logging camps.Climb aboard the TE Draper to know the lives of men working on this powerful tugboat and come see the exhibition in TE Draper hangar. Then…